Mercury stalling on the cusp of Capricorn begins its Retro Period in Sagittarius, on December 3 2017

Just as Mercury reached the very last degree of Sagittarius, and the cusp of Capricorn, on December 3, it began its Retro Station. It will be January 11 2018 before Mercury will finally make it into Capricorn. The period of Retrogradation will last until December 23. This seems good news for Christmas holidays, family get-togethers and travel’s plans. Until then however re-check your plane-train-bus tickets and the addresses on your postal parcels or email greetings, the Trickster is on the prowl for unwary victims!

Other possible effects of this Mercury’s Retro Period in Sagittarius

When Mercury moves from a Fire Sign to an Earth Sign we can expect to enter a more suitable frame of mind to put into practice all the ideas we have been brewing in our heads during the Fire transit. Sagittarius is a very speculative and future oriented Fire Sign but not one accomplished in manifesting the same as viable propositions and down to earth realities. Hesitating as it does on the cusp of Capricorn Mercury shows a collective reluctance to stop speculating and dreaming big and start dealing with real stuff. Until December 23 we will be revisiting all the recent projects and aspirations, perhaps to correct inconsistencies and errors of judgement or just to face instructive setbacks and delays.

It will be only after December 23 and, even better, after January 11 2018 (Mercury in Capricorn), that we may start looking more seriously for ways of putting everything to more rigorous reality tests. Capricorn then will not suffer delays and procrastination but will spur us into action.

As I often remind my readers, the apparent backward motion of Mercury is not just an optical illusion but actually marks the time when the planet is at its closest to us, circling the Sun within the Earth’s own orbit. The astrological Mercury is said to rule, among other things, over the collective and individual mind, the way we process and share ideas and thoughts.

The most important transits of Mercury will be a conjunction (direct alignment on the same degree of longitude) to mighty Saturn on December 6, time to seriously re-consider our ideas and projects in a somewhat more cynical light, hopefully without knocking the wind out of them completely. This transit will be repeated once again, with Mercury moving in direct motion, on January 13 2018; with the big difference that Mercury and Saturn will be then in Earthy Capricorn, a much more suitable Sign to get things done.

On December 10 Mercury will trine Uranus in Aries (harmonious transit). The same will be repeated on January 7 2018, in direct motion. This could mean a blast of unusual, brilliant or just crazy new ideas flooding our mind, encouraging us to take uncharted paths, to go on odd tangents, to start peculiar conversations with or be inspired by eccentric or very inventive people. Make the most of this influence to move out of stale or conventional ways of thinking.

The big one though will be the Sun-Mercury alignment in Sagittarius (Inferior Conjunction) on December 13.  This will begin a few weeks period (until about mid February 2018) of Mercury apparition as a Morning Star (rising just before sunrise). This is astrologically considered an outgoing time for our Trickster, during which we may be able to communicate our thoughts and ideas more openly and directly, even with a certain degree of recklessness.

Mercury’s Retrogradation through Sagittarius, between December 3 and 23, could particularly affect people with the last fifteen degrees of the Mutable Signs highlighted in their Natal Charts: Sagittarius, Pisces, Gemini and Virgo. The natural changeability and eclecticism of Mercury in Sagittarius could end up driving us too much off the tangent, at times, wasting precious mental and verbal energy into useless speculations and pie in the sky dreams.

Of course this will not be just in the mind, but circumstances, interruptions, other people interference, unexpected complications and delays may all arise at this time to test our patience.

The first half of October 2011, focus on Libra and Leo 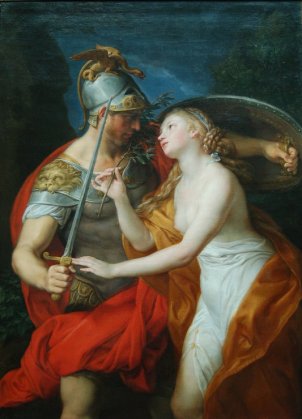 Around the time of the Spring Equinox (September 23) we are seeing important changes taking place in the sky picture. Earth’s inner companions, Mercury and Venus, and her closest neighbor in outer space, Mars, have moved or are soon moving into new Signs. Venus entered Libra on September 15, Mars Leo on September 19, and Mercury will be in Libra from September 26.

The influence of gentle Libra will calm the impetuosity of Mars in fiery Leo, a great combination for all creative activities and loving, passionate relationships.

The dance of the planets close to Earth is always an important indicator of the pulse of life on our globe, generating the special focus that makes some periods best suited for certain activities and experiences, from week to week.

Mercury and Venus, in particular, moving as they do within Earth’s own orbit, have a very special link to the Sun, defining the solar expression in specific ways according to the Sign they transit at any given time, be the same as the Sun or different. Both planets will be in Libra for a while, the same Sign as the Sun: Mercury until October 13 and Venus until October 9. The Sun will remain in Libra until October 24. Libra then is coming to the fore in a big way during the first half of the month of October.

Libra is eminently a Sign of relationship, because through Libra we all seek to achieve a degree of harmony with the external world and other people. With Libra we experience loneliness and boredom when our lives are not socially active, or our love life not fulfilling.  The ideal for Libra is to share the world with others in the fairest possible way. Relationships are not the ‘merging with another’ emotional roller coasters characteristic of the Water Signs, or the passionate affairs and conquests of the Fire Signs. Libra strives constantly, like all the Air Signs, to keep its cool and maintain a degree of detachment, despite the terrible urge to interact. One’s sense of self depends however on Libra’s ability to relate without compromising its integrity and principles. So Librans, or people with Moon, planets, Ascendant in Libra, often walk a tight rope, constantly balancing their own needs and preferences with those of others, in the often vain attempt to find the perfect balance they so much aspire to.

Early October will be a great time for everyone to walk that rope, spending some extra energy to make our relationships come closer to our ideals, rather than accept or lament all the things that are not actually up to our standards.

Venus in Libra is in her own ambience, because Libra is one of the Signs over which the Goddess of Love exerts traditional rulership, bringing up the most desirable traits of this Sign, the gift of diplomacy and a special eye for beauty.  Because Mercury, planet of communication and all form of exchanges, is also in Libra, our reading, writing and conversations will also take on the colour of Venus, taking on a lighter tone, leaning toward the arts, while conversation will be stressing understanding and fair play rather than confrontation and heated debates.

On October 7 Mercury will make contact with Saturn in Libra, an aspect suitable for serious thinking, studying or any type of mental work that requires concentration and profundity. On the down side it could bring up some sadness especially if we concentrate too much on the past or on our real or imagined failings, stirring up feeling of inadequacy that could paralyze our efforts for a little while. Help is on its way though, with a gentle transit of Venus and then Mercury to Neptune.

As Venus ends her stay in Libra she will form a harmonious angle (trine) to Neptune in late Aquarius on October 8, a romantic, dreamy and imaginative contact, inspiring for artists, lovers and day-dreamers, especially if they had planets in the late Air Signs at birth, the last three degrees or so. A bit later on in the month, on October 12, Mercury will also form the same angle with Neptune, confirming the period between October 8 and 13 as one suited for romance, artistic expression, especially through music, spiritual encounters and magical trips.

In the meantime Mars will remain in Leo, until November 11, and then begin an eight months long journey through Virgo. Leo is a positive placement for Mars, providing the fiery passion the Red Planet feeds on, but also containing that passion and controlling it, enabling us to utilize the positive energy for creative and enterprising feats.

The most important of Mars’ transits during this period will be a challenging square to Jupiter in Taurus on October 3, an aspect that stresses the need for caution in order not to overstretch our resources or take too many risks. ‘Look before you leap’ should be the keyword at this time, in particular for some Leo (born between July 30 and August 1), Taurus (born April 27/29), Aquarius (born January 28/30), and Scorpio (born between October 31 and November 2); also for anyone with the Moon, planets or one of the Natal Chart’s Angles between the 7th and 9th degrees of the above Signs.

For a more in depth view of the major transits becoming exact between the Libra Equinox and Capricorn Solstice 2011 (September to December) please click HERE.