Famed and controversial Indian Guru Osho was born when the Moon was transiting Capricorn, in the Eighth House, and the Sun Sagittarius, in the Seventh House, right on the Descendant (just setting). His Ascendant was Gemini and the Ruling Planet Mercury was in Capricorn, like the Sun in the Seventh House but closer to the cusp of the Eighth. In fact Osho had a ‘Stellium’ of planets in Capricorn, namely: the Moon, Mercury, Venus, Mars and Saturn, all between the Seventh and Eighth Houses. The Capricorn Moon was mid-point conjunct Venus and Saturn. The Moon, Saturn and Venus were all square Uranus in Aries, Eleventh House, and opposition Pluto in Cancer, in the Second House (Saturn nearly exact opposition from the Eighth House). All the Capricorn planets, excluding Saturn, were in trine to his Neptune in Virgo on the cusp of the Fourth House (Lower Heaven). The Sagittarius Sun was part of a Fire Grand Trine with Jupiter in Leo, Third House, and Uranus in Aries, Eleventh House. Both Mercury and Venus were in square to the Lunar Nodes in Aries and Libra. Osho died of heart failure on January 19 1990 in his Indian Ashram at Poona; he was 58 years old. Some of his disciples believe that he was poisoned while jailed for a few days in the USA before his last return trip to India. 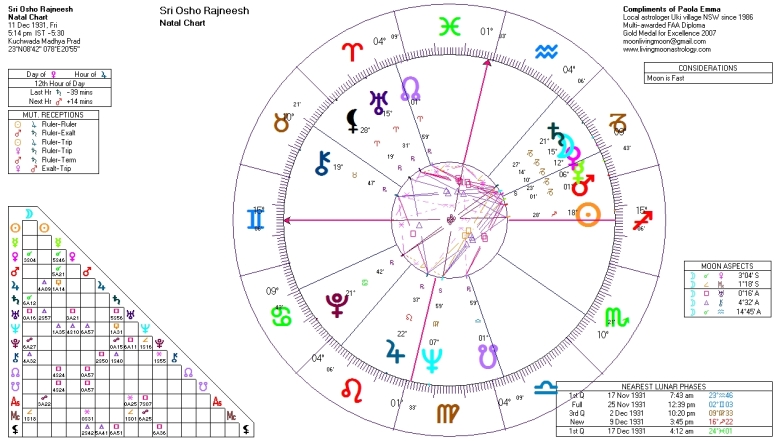 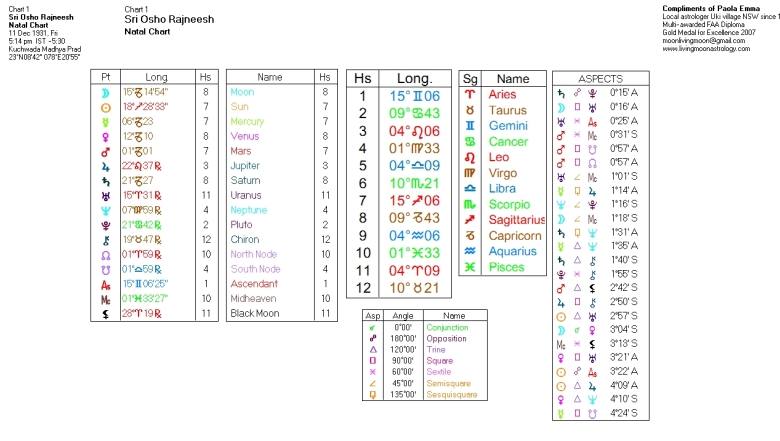 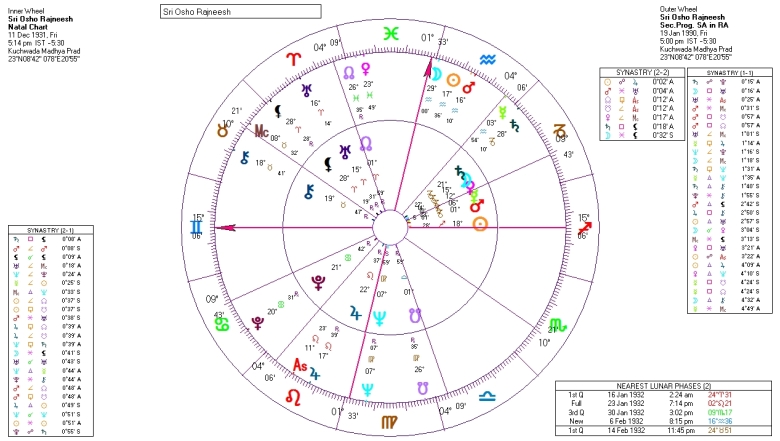