The Waning Moon transits Pisces from August 19 to 21, during the Full Moon Phase 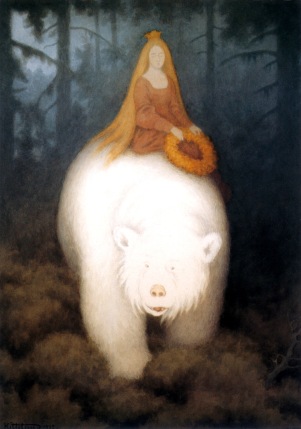 PISCES, Moon of compassion and universal sympathy
Adaptable and romantic

♣ ♣ ♣ In the garden Pisces is a very fertile, particularly suitable for growing water plants, like Water Chestnuts and Lotus. A great time for propagating cuttings, grafting, irrigation, pruning to encourage re-growth, but not potatoes that may sprout too soon. Romantic garden walks and picnics could do well too.

A note: the garden activities associated with the Moon Sign depend also on the cycle the Moon is in. The Moon transiting through a fertile or productive Sign will no be so favorable if the Phase is not a productive one, and vice-versa. For best results the Sign and Phase of the Moon have to be considered together.

At Full Moon the Moon has reached a distance of 180 degrees ahead of the Sun, becoming diametrically opposed to it, with planet Earth in the middle. This is symbolically harvest time, when we reap what we have sown in the waxing period. We might experience success or failure, but either way we are coming to some important realization. The cycle has now reached its half way mark and is at its most intense. Like the New Moon a fortnight earlier this is also a time for new beginnings, not in the naïve, tentative way of the New Moon, but in a more mature and conscious way.

♣ ♣ ♣ In the garden the Full Moon is a great divide: before the exact phase the increasing light and surging energy are particularly good for Annuals and above the ground crops; after the phase Perennials, Biennials, Trees and Root crops are more suited. Traditionally no sowing or planting are recommended however twelve hours before or after the phase itself. Some authors suggest even 24 hours.

« Friday, August 19: Sunrise Rainbow Horoscope
The Waning Moon transits Aries from August 21 to 23, between the Full and Disseminating Phases »