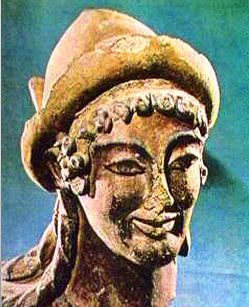 Triple Hurray for Mercury entering Aquarius today. It has been a serious and practical stretch for Mercury during his transit in Capricorn, from January 8 to today. For some of us it has meant a somewhat gloomy frame of mind, this often too ponderous Mercury making everything feel hard, difficult or just sad. While, positively, it has been an ideal time to concentrate on practicalities, proceeding with method and caution and thus achieving much for our efforts. Now the wind of change is upon us again. Mercury enters maverick Aquarius today, while the Moon enters fiery Aries and aligns to Uranus, thus forming a favourable aspect to Mercury (sextile = 60 degrees distance), the latter approaching also a sextile to Uranus, exact early tomorrow, January 29. This is a combination for action, eureka moments, acts of daring and passion, zesty conversations, intuition working hand in hand with reason and logic, lateral thinking, inventiveness, original ideas, great for getting together with same minded people, finding new ways to tackle old problems.

The Lunar Transits on January 28

The Moon is rapidly separating from the Sun, reaching 60 degrees distance today, well into her active Crescent phase. She is moving from the breezy sextile to Mercury just described to a powerful conjunction to Uranus, bringing unexpected and hopefully exciting events and people in our lives, and finally, later, to a square to Pluto, indicating some subterranean eruption calling for emotional resourcefulness and the courage to face things head on. The Moon in Aries can take it all in her stride; fierce and brave, she drive us to act out our impulses, not too concerned about possible consequences.

The Asteroid Goddesses, all manifestation of the One Feminine principle, the Yin in nature and the psyche, are coming to the fore today too, with the Moon becoming conjunct Ceres (Demeter to the Greeks) who has just separated from Uranus, while Venus will be aligned to Vesta in Pisces.
The Moon, Ceres and Uranus, what an odd company this is! Two maternal archetypes transiting the most masculine Sign of them all, Aries, accompanied by the very masculine and cold Uranus. This multiple transit invites mothers and carers of both sexes to be brave and independent today, showing the world that you are not just a passive, self-effacing, nurturing guardian, but that you have indeed your own ideas and needs time to do things to please yourself. It could be a good day to engage into some fun activities with the children, something a bit out of the ordinary that will inspire them to be more independent also.
The conjunction Venus-Vesta (Hestia to the Greeks) is very different, these two planetary energies having certainly more in common than Moon-Ceres have to distant Uranus. Vesta is the feminine power that keeps families and nations together, never letting familiar affection and loyalty’s eternal fire be estinguished, out of neglect or selfishness; while Venus represents the attraction and love that glues us to other human beings, in our endless search for harmony and pleasure. In the sensitive and compassionate Sign of Pisces these Love Goddesses should really open our hearts to the more subtle and psychic aspects of our attachments to other human beings, letting us perceive the underlying unity between them and us, and offering an opportunity to move on from old resentments, via a more understanding and forgiving attitude toward them and ourselves.