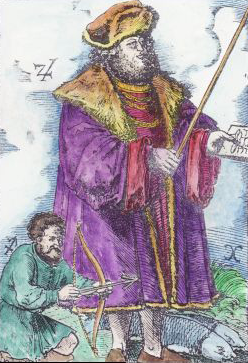 For Pisces people the year has began truly on January 18, when Jupiter, their Ruling Planet, moved out of Aquarius into their Watery Sign.  Until early June, King Jupiter will rapidly transit Pisces, inspiring confidence and optimism to those of you who were born in February and then the ones born in March.  Jupiter often makes us feel as if the skin we are in were too tight, creating an irresistible urge to expand and improve. Opportunities will come your way, but excess of optimism could prove misleading in the end. The energy is really one for going with the flow and trusting in your fate, which is inevitably guiding you toward something better, a fulfillment of some sort.

If there is room for improvement in your life (who can honestly say there isn’t!) Jupiter will show you the way. All together the union of Jupiter with your Birth Sun will remind you of the principles you want to live by, and the need for richness and variety in your experiences. More than ever you want room for expansion, because without adequate ventilation and freedom of expression this transit of Jupiter could prove frustrating, making you feel instead restless, unsatisfied and rebellious. You need to adjust your life to your higher ideals, a once every twelve years opportunity.

Jupiter opens our vision to new, wider horizons, negatively sometimes de-valuing the present situation because of his tension toward the future. In this sense a Jupiter-Sun period is a great one for creating an inner vision of what you would like to achieve in the future, because your intent is now aided by Jupiter, not just a giant in body, but a giant being of light within each one of us.

Travel and/or study are some of the most common expressions of this cosmic influence.

Sun Signs that will also be in contact with Jupiter in the next four months are Cancer and Scorpio, for whom too opportunities will open up and restrictions feel unbearable for a while.

To a lesser degree the Signs Capricorn and Taurus could also benefit from the friendly rays of Jupiter (sextile, 60 degrees distance). They will need however to work harder to get the benefits. Good fortune will not just land on their laps.

The Mutable Sign, Virgo, Gemini and Sagittarius will also receive some intense energy from Jupiter (right angle distance), and could manifest the more rebellious and exaggerated side of this Transit. Slowing down and making a conscious effort to remain realistic could help you to put things into better perspective.

The period of major activity for this Transit will be February to early June, and then again September to late January, 2011, because Jupiter will return to Pisces in retro motion for nearly four more months.