At the collective level the Solar Eclipse of January 15 should prove more powerful for Asian countries, in particular India, where the Eclipse will be directly observable (see the last paragraphs of my previous post). This eclipse will coincide with the Kumbha festival at Hardwar, India, check it out also at Kumbhamela Net and Wikipedia Kumbh Mela

This is one of the great Hindu religious occasions, and one of the most attended in the world, causing millions of pilgrims to move across the sub continent.

This Mela (Festival) celebrates the divine creation of Amrita, the elixir of immortality, that caused a twelve years war between Gods and Demons and ended with Garuda, sacred eagle of Jupiter (Guru in Vedic tradition) making the elixir available to human kind via the four sacred rivers (an illustration, from Indian Dream Time, of the four major Chakras, points of confluence, in the yogic body). Hardwar corresponds to the Visuddha Chakra, the throat centre, where Divine Will resides and can be awakened by concentration and spiritual exercises. 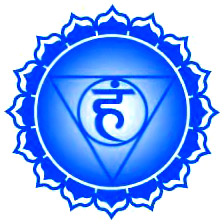 Many Vedic Astrologers are predicting changes in government and other socio-political upheavals in India, in the aftermath of this Eclipse.

At the more personal level, the Venus’ theme of the Lunar Eclipse continues, with both Sun and Moon forming a perfect conjunction to Venus in Capricorn, and all three in aspect to Uranus in Pisces (sextile).

Other significant transits on the day will be the Direct Station of Mercury, separating from a conjunction to Pluto, also in Capricorn, and sharing with Pluto the right angle to Saturn in Libra. While Jupiter will be on the last degree of Aquarius, preparing to enter Pisces on January 18.

This is a powerful alignment, with Sun Moon, the North Node, Mercury, Venus and Pluto all in Capricorn. This emphasis is made more significant by the Eclipse, which is always the start of something important at the collective and personal level.

The birthday people directly affected by the Eclipse will be, in particular, Capricorn born January 14 to 16, but also Cancer born July 17 to 19, Aries born April 14 to 16, and Libra born October 17 to 19; also anyone with an important placement (Moon, Planet or Angle) on or around the 25th degree of the same Cardinal Signs.

A new phase begins for you in the new year, especially in the relationship area. What you valued before and deemed important may have to go through a revision, shaking some of your securities but also exciting you and opening new venues of experience. Capricorn and Cancer in particular may be shaken by these transits because these are Signs that would rather stick to the status quo and seldom accept to be different or change their ways. They are well known for their resistance to anything new and untried. The gentle aspect of the Eclipsed Sun, Moon, Venus and North Node to Uranus will hopefully help you to accept the unusual in your life, to see things, in particular personal relationships, from a different angle, prompting changes of attitude that may even surprise you.

Resisting this cosmic prompting, rather than keeping you safe in your old ways,  could cause more upheaval in your life in the next few weeks/months. When the so called Planets of Change (Uranus, Neptune, Pluto) knock at our door we better answer or they will eventually tear the door down, causing then real damage to our precious sense of security. You will then not have any say on the direction the change takes you.

For those who celebrate their birthday within one or two days before or after the Eclipse there is the promise of new depths of communication, and discoveries that will change the way you experience the world. The conjunction of Mercury, in its powerful Direct Station, to Pluto and 90 degrees angle to Saturn will make you more serious in the coming year, more interested in the reasons behind events and the motives behind people’s actions, including your own. Pluto tends to reveal what was hidden, while Saturn can bring the revelation to affect your everyday life in concrete ways. Because Mercury, the Messenger of the Gods, is the catalyst here, your way of thinking and the way you communicate your truths will be mainly affected by this transit. Watch out for the tendency to judge: self-knowledge is of the essence with these transits, so that the knowledge of other people’s weakness may not make us too critical of them.

I will discuss the next big cosmic event, the ingress of Jupiter in Pisces (January 18, 2010) in one of my next posts.